After deciding to remain in the West, Palester found himself in an extremely difficult situation, both professionally and financially. This was compounded by a profound internal crisis. The composer could not fully envisage the consequences of his decision. In 1951 he published two articles in the Paris "Kultura": The conflict of Marsyas and Comments on music, or "Pasilogy" and "contemporary Apollo", which were both an analysis of musical situation in the socialist camp and a personal confession. Palester’s articles, undoubtedly extremely important to the understanding of his motivation and ultimate choice, are also the only voice of protest of a Polish composer against the actions of the communist regime.

When the Polish section of the Radio Free Europe was established in Munich, its director, Jan Nowak-Jeziorański, made Roman Palester the head of the culture department and Barbara Palester the head of the music department. Over the 20 years he worked for the radio Palester prepared series of programmes (including Window to the West and Music Abolishes the Frontiers, devoted to cultural events in the West. He also organised literary discussions about Polish books, presented contemporary musical events and commented on the musical life in Poland, arguing, especially between 1952 and 1957, against the principles of cultural policy in communist Poland and against the premises of the socialist realist aesthetics. 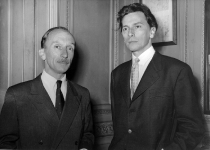 In the 1950s and 1960s Palester composed a number of new works, which were marked by changes in the aesthetics and style. Initially, he continued his collaboration with the International Society for Contemporary Music; he was a jury member during the festivals in Frankfurt am Main (1951), Oslo (1953) and Stockholm (1956). However, when the executive committee of the International Society for Contemporary Music demanded that festival entries be submitted through national sections (and in 1957 the Polish section was reactivated), Palester – who held a refugee passport – lost contact with the international community that had supported him so far. Although Palester's music returned to Polish concert halls following the political changes of 1956 (his Requiem, cantata Vistula and Fourth Symphony were performed), it was only a short episode and after 1960 his name was banned again by the censors. The émigré status and his work at the Radio Free Europe did not make Palester popular in the West, where many intellectuals and artists supported the left, even in its totalitarian, Soviet version.

Yet even then Palester enjoyed notable success as a composer; the performers of his music included such conductors as Franz André and Stanisław Skrowaczewski. In 1955 Roman Palester along with two other émigré composers – Andrzej Panufnik and Antoni Szałowski – received the Musical Prize of the Polish Guard Units attached to American Forces in Europe. Despite his intense journalistic activity at the radio Palester did not abandon composition (in accordance with arrangements with Jan Nowak, he devoted mornings to his work at the radio and afternoons – to writing music). In 1962 he received the first prize at the competition organised by the Italian section of International Society for Contemporary Music for the "musical action" The Death of Don Juan. In 1965 Palester was awarded the musical prize of the Alfred Jurzykowski Foundation in New York (for 1964) and in 1967 in London he received the Golden Cross of Merit of the Republic of Poland. 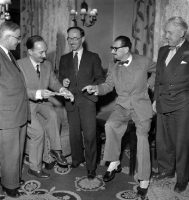 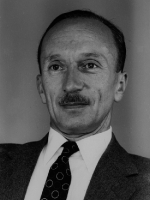 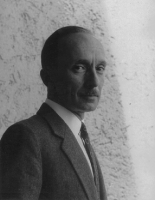 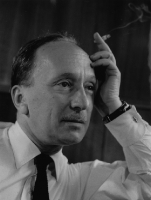 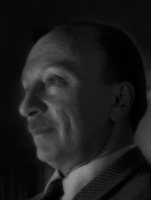 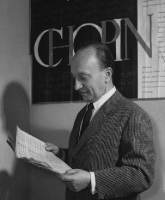 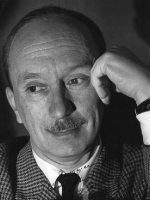